Message in a Bottle

I can still remember that night as if it was yesterday. It was almost the end of May and the weather was getting warmer. I was lying in my bed trying to fall asleep to no avail. Upset by the late afternoon events, the stream of thoughts was wandering through my head. There was nothing else to do than stay at home and wait. Suddenly, a penetrating power cut the air in half. A deafening noise followed by an ominous silence woke the night up. The fear of the unknown made me numb. What is going on?


Just a few months ago everything seemed normal. At least on the surface, the city routinely lived its ordinary life. However, the ethnic clashes were already raging in a neighboring country and the clouds of uneasiness were firmly floating above us. The lingering question of the warfare was inevitable. Were we going to be involved? How can you predict unpredictable? How to choose a right side with no regret?
It was like living in a bubble that could burst any time soon. The recent political changes brought changes within us as well. But who could think about the war?
Politics was not our favorite subject. Soon, however, it would become part of us.

Three of us had known each other since early childhood. Whenever possible we would get together at least for a walk or a short chat. Without hesitation, we could discuss everything even the sensitivity of the looming war. We were friends.
Emir was a skinny, tall guy usually wearing thin framed glasses and a brown leather jacket. He had a silver earring and a charismatic smile. Eloquent and intelligent, he was full of a self-confidence that helped him get along with almost everyone. He was interested in politics and he firmly backed up his beliefs although he seemed sometimes controversial. He abhorred the rising power of nationalism and he was ready to confront it.
Bakir was almost the same height and body frame as Emir but was slightly crouched. He had longer hair, smoked a lot, and usually dressed in jeans. He was a quiet guy of few words and a huge, patriotic heart. He did not make too much fuss about politics, but he understood things well. We were in the middle of historical turmoil and our lives were about to change.

“What do you think is going to happen with our country? Could this nationalistic awakening be resolved peacefully?” asked Emir, trying unsuccessfully to hide his anxiety.
“I wish I were wrong” said Bakir quietly, “but the atmosphere among people is already electrified. The emotions are running high. “
I do not want to philosophize and sound pessimistic, but once the blood is spilt there is no return”, I said somberly.
“You’re right. Do not philosophize.” Emir replied grinning slightly.

Our city was a commercial center of the region with well-developed chemical and mining industries. There was not much sight-seeing although the surroundings, a green valley and nearby river, were beautiful.

It was a gloomy, air-polluted place with a modest architecture dominated by grey skyscrapers. The demographic picture was mixed and it made it unique. After the first parliamentary elections, the non-nationalistic party took power and we were proud of ourselves. We believed that we had voted for the right thing that would overcome galloping turbulent times.

The atmosphere in the city was tense but still under control of legally elected officials. Nobody wanted a conflict that would lead to open war and everything was done to avoid it. Strategically, the city was important and negotiations were under way between the military and a fledgling police force that had a legal right to protect its citizens. Although there were minor incidents, city life was going on and the sense of relief gave us a hope for better tomorrow.

“I do not like this situation at all.” Emir said seriously.
“The military is supposed to be non-partisan. I hope they will hand over the equipment and leave peacefully. This agreement seems acceptable for both factions. They have no reason for provocation of any kind.” I tried to sound diplomatic.
“I am leaving tomorrow,” Emir said, instantly turning toward us.
“Where do you plan to go and what are you going to do? We are all under military obligation and you won’t be able to leave the country without a permit.” I asked curiously.
“I have been thinking about it for a long time. There is no future for me here. Regardless of what happens our lives are already changed.”
“What about patriotism? Don’t you have emotions for this poor piece of land? What will happen to our family and friends if all of us will simply leave everything and run away?” asked Bakir, a little bit offended.
“I am not running away,” Emir said raising his voice. “I just cannot imagine myself shooting at someone who shares the same language and cultural background as I do. I just cannot. Call me a coward but there is no sense in it.”
“Guys, guys…calm down. We are all in the same boat. What happens is not up to us. Let’s hope that common sense will prevail.”

It was getting dark and the city lights started to turn on. There were not as many people out as in previous days and the uncertainty of tomorrow was omnipresent. I shivered although it was not cold.
Since early morning tensions in the air were high. The Federal army began evacuating the city. I wanted to go out for a walk but a gut feeling kept me inside my apartment. I turned on the local TV station and listened to the latest news.
According to officials, the plan was to escort the military convoy out of the city. Like gigantic serpent, the armored machinery moved slowly through densely populated neighborhoods.

The intersection at the southern end of the city was completely gridlocked. There was nothing particular about it. Just another intersection, plain and simple, that crossed the city roads. During rush hour it would have been jammed with civilian cars, but now, all you could see and hear were armored vehicles and loud arguments. There was no traffic control and no chain of command. Intersection was out of order.
The armored machinery was stretched for a several blocks unable to move ahead.
From each side of the road, worried civilians rushed to get home safely. Federal soldiers firmly held weapons close to their chests, sweating profoundly. The police forces were all over the place redirecting random cars. The frowning faces in different uniforms exchanged threatening glances. The razor sharp sound of unlocked weapons flew through the air. Everyone stared at each other frightened to make next move. The atmosphere was unbearable and ready to explode. Bang, bang, bang…

A gun shot. A series of shots from automatic weapons froze the time and day. It was the sound of battle and disarray. I had heard a similar noise only on television but this was real and it was not a movie. Instinctively, I jumped off the couch and lay face down with legs widespread. I put my hands over my head and took a deep breath. “Just do not panic, just do not panic,” I repeated to myself.
Alternately, the ammunition explosions and bullet fire kept raging. Petrified, I waited for a quite time trying to recover from the initial shock. The minutes were passing by slowly and my body went numb. Eventually, the gun fire stopped and I took a quick look over the balcony. Huge, dark, cloud rose in the distance. Everything was silent. The night was falling down.
I tried to reach Emir and Bakir but the phone lines were too busy. Without information and unable to sleep, disturbing thoughts occupied my mind making me hopeless and scared. Is this a nightmare? Is this the turning point from which there is no way back? Am I dreaming? Please, can someone wake me up?
Unexpectedly, two mortar shells passed over the building roof and exploded loudly shattering the windows and my naïve dreams of hope and peacefulness. At that moment I knew it for sure. The age of innocence was gone and the following days would be filled with fear, anxiety and a bleak future.

The same night Bakir voluntarily joined the police forces and soon Emir and I were called in a newly established army. The intimidating echo of heavy artillery could be heard in distance.
Sometimes, when the night is calm and I am not able to fall asleep easily, I can still hear a hissing sound that changed my life and made me grown up before I wanted to be. Sometimes, I feel as I am at the intersection again but not sure which direction to take it.
Posted by sretno dijete at 21:27 4 comments: 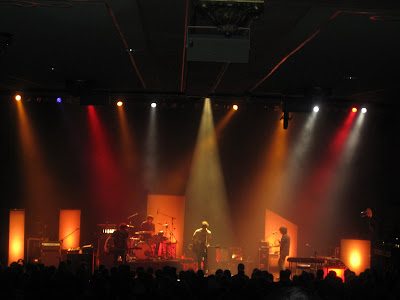 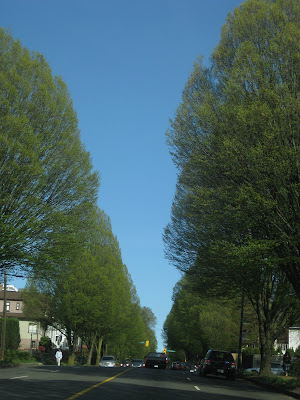 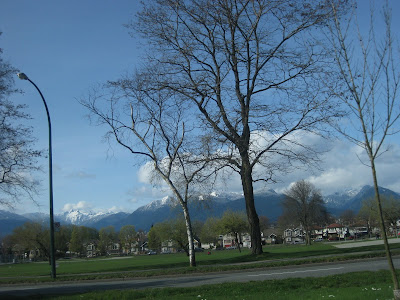